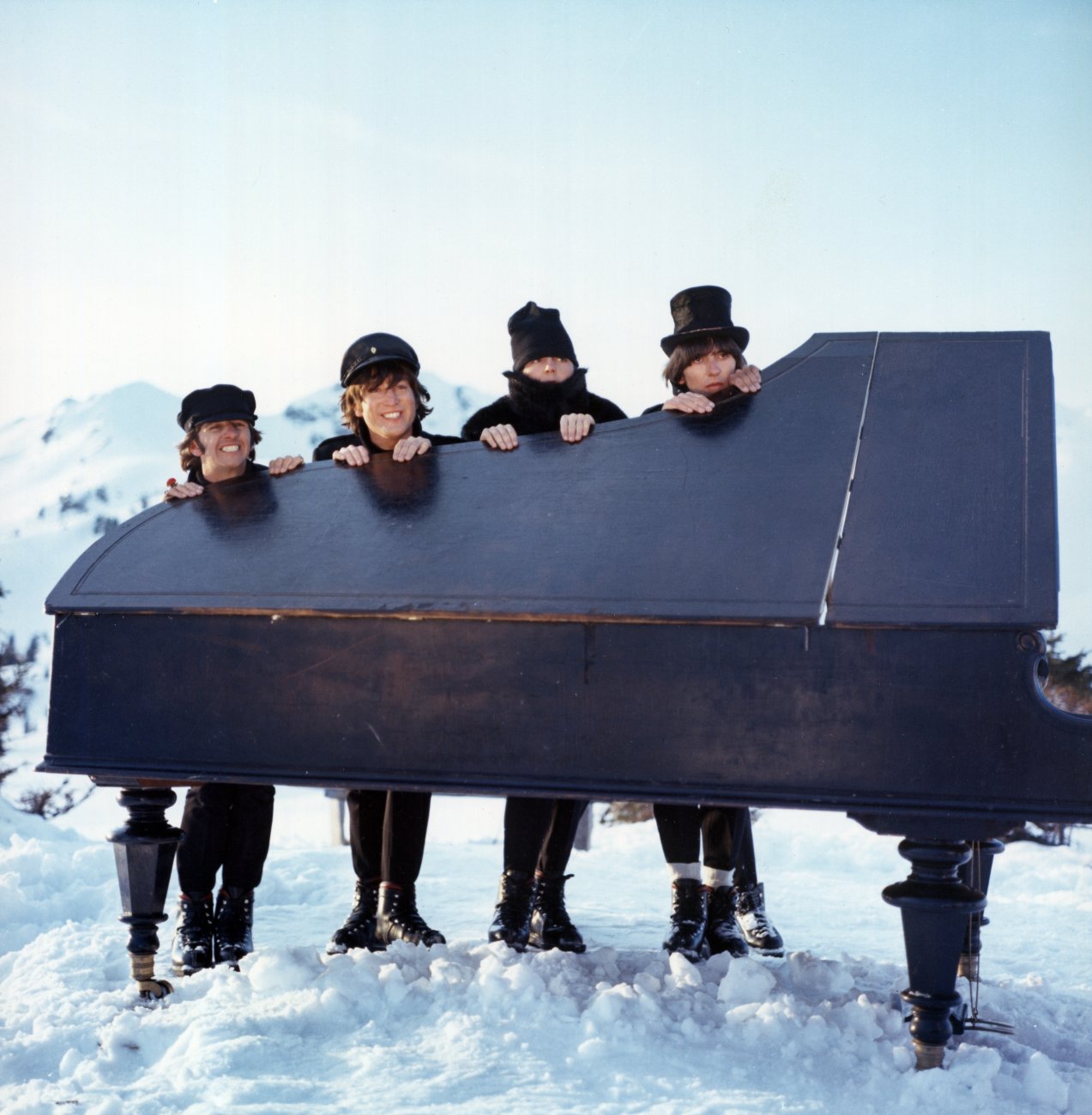 "The storyline to Help! was written around me and the theme of the ring, and of course, Kaili. I had the central part. I think it helped that I'd been enthusiastic about the first film."

"While we'd really tried to get involved and learn the script for A Hard Day's Night, by the time Help! came along we were taking it as a bit of a joke. I'm not sure anyone ever knew the script, I think we used to learn it on the way to the set."

"Nowadays when people make movies, everybody's got to be insured and you're not supposed to do this, that and the other in case you get injured and hold up the budget of the movie. And yet they took us to Austria, took us up a mountain, gave us our boots (that nobody even laced up), gave us our skis, said, 'Turn over, take one. Action!' - and gave us a push."

"All the best stuff is on the cutting-room floor, with us breaking up and falling about all over the place, lying on the floor, incapable of saying a word."

Help! - the Beatles' second feature film - is a comedy adventure following the exploits of the group as they attempt to escape the clutches of an evil, mysterious cult. Will The Beatles survive being eaten by tigers, being shrunk, gassed, blown up, or kidnapped?

The film was directed by Dick Lester and combines the Beatles' own sense of humour with antics from a leading cast of actors including Leo McKern, Eleanor Bron, Victor Spinetti and Roy Kinnear.

A host of classic tracks are included, such as Ticket To Ride, You're Going To Lose That Girl, and, of course, Help!

Help! has been regarded by many as a parody of contemporary Bond films, complete with power crazy despots, mad inventors, and capers through exotic locations including the Bahamas and the snowy mountains of Austria.

The film has also been credited as being the forerunner to contemporary rock musicals and pop videos.

"“Help” was written at the end of 1964. We were determined not to produce an upmarket, colour version of “A Hard Day’s Night”, which was a fictionalised documentary on Beatles lives. We chose, instead, to do a Pop Art fantasy within which we could play around with the state of Britain in 1965 and Harold Wilson’s white-hot, modern society. Just pre-“Haight-Ashbury”, pre-Vietnam, petrol wars, and the 1968 May riots, there was still a bed in England an exuberant residue of good humour. We had the pill and, as yet, relatively few parking meters. If the film seems innocent, we all can plead guilty – the songs were great and filming them was sheer pleasure."